As we continue to look back on 100 amazing years of service from the American Red Cross Central California Region the word “selfless” has made an appearance multiple times.  The definition of “selfless” as explained by the Modern Language Association is described as, having little or no concern for oneself, especially with regard to fame, position, money, etc.  In my time working at the Red Cross, and being a part of this team I have witnessed this on countless occasions.  From our volunteers, to our Disaster Corps members, to our executive front.  Selflessness has remained a true staple in the core of the message and identity.

Some of the duties of our wonderful volunteers tend to go untold due to the constant need for disaster relief, lifesaving blood donations, international services, training and certification, etcetera, but I had the amazing opportunity to sit down with a volunteer that embodies the definition of selflessness.  Prior to meeting Virginia Bradley (Ginny) I had no idea what a Donut Dollie was.  I had been told that they were Red Cross volunteers that served in the Vietnam war.  Once I sat down with Ginny and heard her story I knew it was one that needed to be told.

When you think of volunteering the thought of bullets whizzing past your head, and losing friends in the process is something that never comes to mind, well at least for me it didn’t. Then I met Ginny and I understood exactly what this team that we have at the Red Cross truly is.  She described to me her experience of being in Vietnam for a year with the purpose of helping our soldiers keep their moral high in times that seemed like they may be your last.  A ride back to camp in a helicopter with a friend whose light had been extinguished, and all you can hear are the blades of the helicopter thumping.

“I would definitely do it again, but war is not fun”, Ginny stated as she thought back to her time spent in Vietnam.  “I gained a much better understanding of war and the people that lived through war.  I met a soldier that was on his third tour, and was afraid he’d kill someone if he went home.  We were there to remind them that there was life after the war, but some men and women never got over the experience.  On one trip back to base in a helicopter, the pilot told us something had gone wrong, and that we were probably going to crash.  I thought to myself that my family was ok, and I had lived a good life if this was the end.”

Along with the dark there were also many things that Ginny said helped strengthen the light.  The many games that were played and bonds that were made between soldiers and volunteers.  The long talks of home over a cold beverage, and the beautiful sights of cities such as Saigon and Khe Sanh.  From the beautiful tile pools that had been left by the French to the adopted dogs that became companions.  Vietnam had made a lasting impression not only on those that were serving their country, but also those that were not only there for their country, but on behalf of humanity. 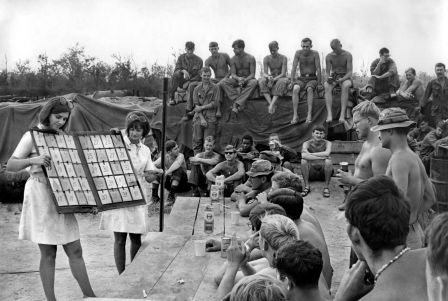 June 1968. Qui Nhon, South Vietnam. PROBLEMS HANDLED HERE . If a patient at the 67th Evacuation Hospital in Qui Nhon has a problem, he calls it to the attention of Red Cross hospital worker Evelyn Hardison. Here she is consulted by SP4 Irwin Cohen, who comes from San Francisco. Red Cross staffers provide sick and wounded servicemen at the 67th with non-medical personal attention and casework services, such as arranging emergency communications between a wounded man and his worried family at home. Photo by Mark Stevens/American Red Cross 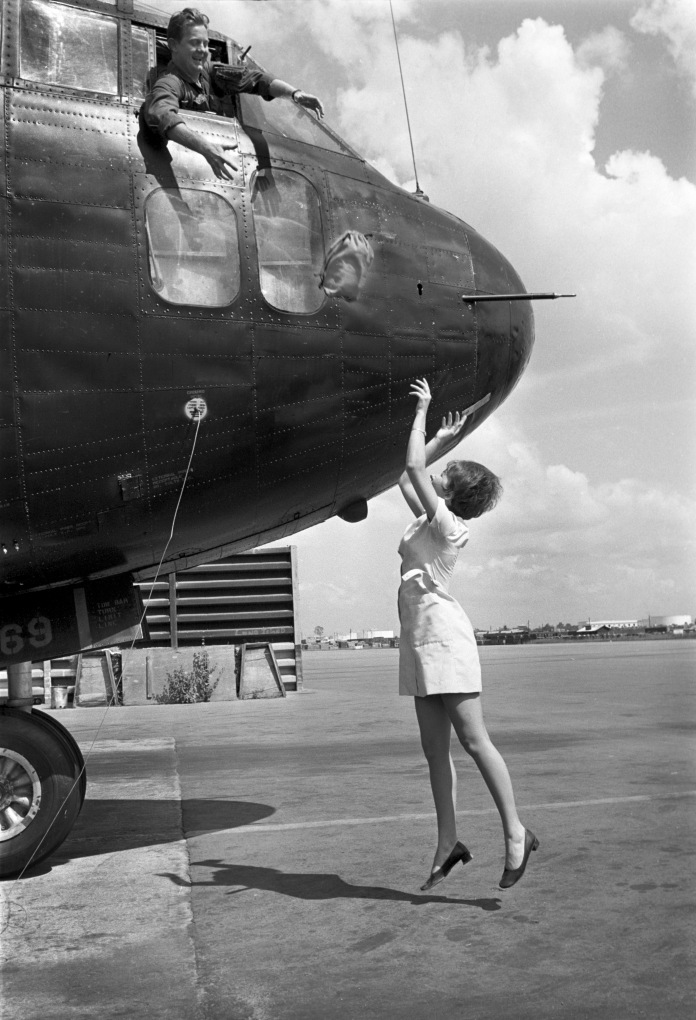 Through all the gunfire, tears, monsoons, and snakes Ginny never lost her smile.  To this day, she continues to instill in her students the compassion and bravery she took with her to Vietnam the day she flew out from Fairfield, California.  It’s not easy to give up a year of your life so effortlessly, and at that to be separated from your family and friends to be placed in a foreign country.  This is something that only a special group could be capable of.  For that I am truly thankful for our troops and the courageous task that they take on.  I am especially thankful for Ginny and the other Donut Dollies for their selfless service that should make all Red Crossers proud to don the Red Cross symbol.

“You must never so much think as whether you like it or not, whether it is bearable or not; you must never think of anything except the need, and how to meet it.” – Clara Barton