On Saturday, March 11, 2017 AmeriCorps Disaster Team member Bushra Zamzami met with 12 volunteers in Cold Springs Rancheria for a Red Cross Month Home Fire Campaign. Bushra set out Saturday morning from our Fresno location to not only install smoke alarms, but to help spread awareness to the Cold Springs Rancheria of Mono Indians of California. The American Red Cross has proudly been working towards an ongoing effort with Indian Country for the past two years to increase preparedness within the communities. 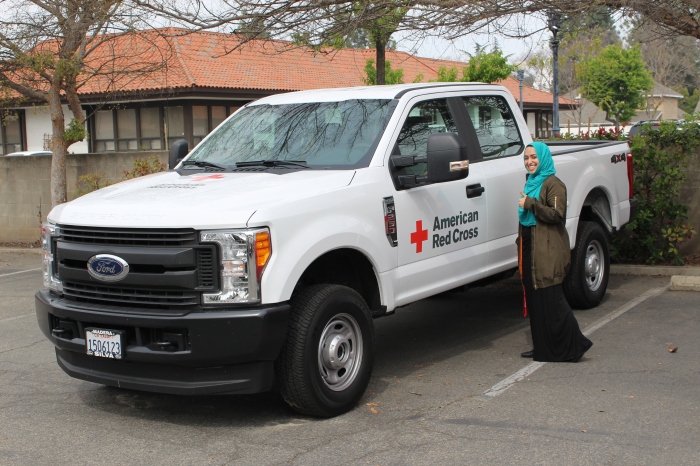 This being the first HFC within Cold Springs Rancheria was an absolute success. The group managed to canvas over 30 homes. More than 20 families were educated on home fire safety, and together 27 lifesaving smoke alarms were installed. While installing the alarms one of the tribal citizen volunteers mentioned that her home had caught fire not too long ago. At the time of the fire she did not have any smoke alarms installed within her home. She was thankful to be a part of something so impactful and helpful. After experiencing firsthand how devastating a fire can be she was excited to help her fellow tribal citizens with installing smoke alarms and helping make sure they had a home fire escape plan.

Bushra wanted to especially thank Team 3 consisting of, Suha, Arlene, and Jennifer. Their team managed to install the most alarms for the day (12), and snagged the notorious “Golden Smoke Alarm Award”. The Red Cross also gifted the tribe 2 tool kits and step ladders to help reduce home fire related injuries and deaths in the area.
Not only was this our first HFC for the area, but it was also an all women group that completed the task. What a way to kick off “Women’s History Month”, Clara Barton herself would be proud. Great job everyone! 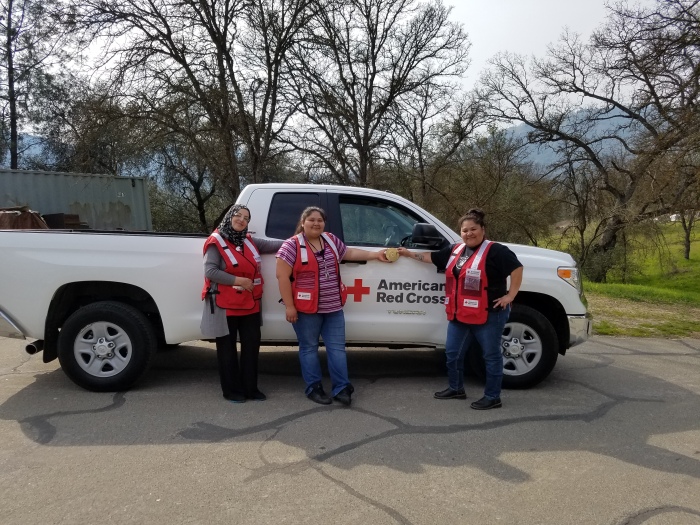